The devastating floods of 1998 in Bangladesh left half of Dhaka and 75% of the country under water. Similar to the earlier flood of 1988, this flood was caused by the synchronization of major river flows. Flooding left some 30 million people homeless. Unclean water contaminated crops and animals, resulting in outbreaks of cholera and typhoid. Amid the chaos, few hospitals remained open, and most of those that did were overwhelmed.

Impacts of recent floods in Bangladesh

Bangladesh’s recent floods are the largest in history, affecting 80% of the country’s land area, which is below sea level. The floods left the country in disarray, and researchers are trying to figure out how to adapt. Fortunately, some government agencies and non-governmental organizations have been taking steps to mitigate the effects of floods and improve preparedness. For example, the government has created an inter-ministerial climate change committee (IMC), which represents the government departments and ministries that directly affect flood risk. The committee is also responsible for setting up an environment-related Climate Change programms.

While floods are inevitable in Bangladesh, they are particularly damaging to its economy. Flood damage is putting the country in a severe economic crisis. With little time to prepare for and recover from the floods, the country has limited resources to rebuild its infrastructure. The economy is too strained to adequately improve flood defenses or improve embankments, resulting in a less prepared society. This means that people in Bangladesh are less prepared for future floods.

Adaptation measures taken by the government to cope with floods

The government of Bangladesh has been taking action to mitigate the impacts of climate change, including implementing climate-change mitigation and adaptation measures. They have allocated a fund to support such initiatives, spending more than $1 billion annually in the past decade. However, in addition to government-driven adaptation plans, the people of Bangladesh are also taking action. Adaptation activities often focus on the technology and institutional capacity building aspects of climate change adaptation, but are not necessarily as technical as they could be.

The economic impacts of climate change are greater in Bangladesh than in any other country. The country has a per capita GDP of just $1,220, and its economic losses from climate change since the 1980s have totaled $12 billion. Every year, these damages depress the country’s GDP by around 0.5 percent. Floods in Bangladesh have a disproportionately large economic impact. In 2007, the country experienced cyclone Sidr, which destroyed homes, destroyed farm production, and closed down businesses and public infrastructure.

Impact of climate change on floods in Bangladesh

The recent floods in Bangladesh illustrate the stark inequity of climate change. Floodwaters submerged at least a quarter of the country, and washed away livestock, sacks of rice, and mud houses. As a result, a vast amount of food and money was thrown away. Some NGOs are working to increase the resilience of the population to flooding and the effects of climate change.

The Bay of Bengal, a huge body of water in the western Indian Ocean, is narrowing toward the northern and southern shores of Bangladesh. This funneling of water can direct cyclones towards the country’s coasts. Because most of Bangladesh is flat and low-lying, flooding has severely affected people’s lives. In 2007, flooding from Cyclone Sidr in Bangladesh submerged 61 districts and claimed over 3,400 lives.

Floods are a natural disaster that threaten the lives and livelihoods of millions of people living in delta countries such as Bangladesh. This country is less than five meters above sea level, and is exposed to the destructive effects of tropical cyclones. Floods in Bangladesh destroy farmland and public infrastructure, and erode natural coastal defenses. As much as two-fifths of the world’s storm surges occur each year, the government has taken several adaptation measures to help people cope with these disasters.

Among these adaptation measures, flood risk reduction is a critical aspect. These floods have been accompanied by a range of economic and social factors, making this part of the country highly vulnerable to these impacts. Adaptation is the only option for a resilient country, and Bangladesh is no exception. By utilizing a variety of climate change adaptation practices, the government is reducing the adverse impacts of flooding on health, agriculture, and livelihood. However, various barriers hinder effective adaptation and are hampering the country’s efforts to cope with the impact of climate change. 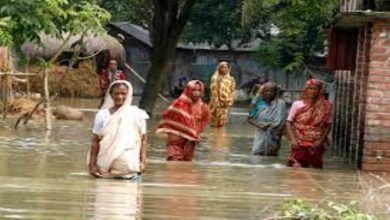 Flood in Bangladesh – Impact on Human Livelihoods and Economic Performance 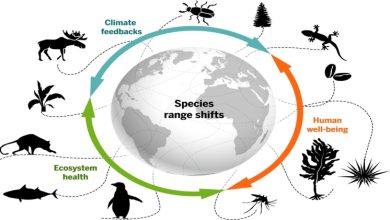 Effects of Climate Change on Ecosystems 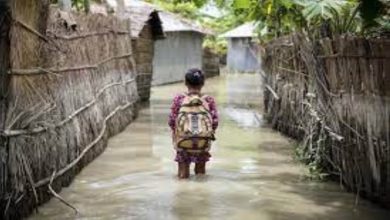